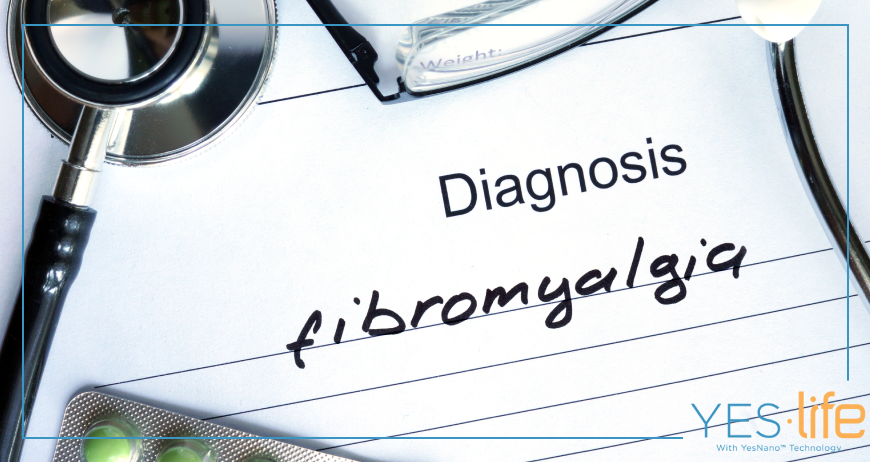 How CBD Helps those Suffering from Fibromyalgia And Autoimmune Diseases

Fibromyalgia is difficult to nail down. While the diagnosis has more or less been solidified in modern medical circles, its exact causes and even specific symptoms aren’t a surefire thing. In general, Fibromyalgia involves muscular pain; it is commonly accompanied by other maladies such as fatigue, anxiety or depression, poor sleep, and even difficulty in remembering things.1

As of now, experts point to the brain as the source of the issues. It is generally accepted that fibromyalgia is an increased sensitivity of the brain to ordinary pain signals from the rest of the nervous system. As a result, even basic touch at certain points on the body can feel painful.1 2

What exactly causes the disorder? Doctors are unsure. So far, studies have suggested genetics may play a role, while the specific onset of the disease may be caused by other infections or even some kinds of trauma, like experiencing a car accident. Gender has a small role as well, with women being more susceptible to the disease. Some theories posit that the sharpened pain and increased sensitivity is a result of the pain signals in the nervous system getting overused, and “changing” to accommodate this. Generally speaking in the nervous system, the more something is used, the more sensitive it tends to become. This may very well be the case with fibromyalgia. Even so, there is still much to be learned about fibromyalgia.1

With the causes and symptoms so blurry for even the experts, there is little in the way of a “cure.” Some doctors may prescribe pain medication to help deal with the disorder, but those can only help so much. Indeed, some people have found that pain killers simply don’t cut it. So what can be done to treat fibromyalgia? And is there any way of hitting some of its accompanying symptoms – like lessened cognitive ability, greater fatigue, and problems sleeping – without hopping on to several medications? There very well might be: enter CBD.

How Does CBD Give Relief for Fibromyalgia?

Unlike most medications, which are designed to target a very specific symptom or ailment, CBD can address many of the possible problems that come with Fibromyalgia all at once. CBD can offer aid in relieving pain, suppressing inflammation, encouraging sleep, and even modulating mood.3 4 5 6

CBD’s many benefits seem to stem from the hemp plant’s many years of cultivation by humans.4 It may seem too good to be true, and in some ways, CBD is not the miracle cure-all some claim it to be. Even so, it has demonstrated relief for those suffering fibromyalgia in different settings.8 So how does CBD manage to help fibromyalgia and its many possible symptoms? We’ll go over that in detail next.

Is CBD a “Pain Killer?” It depends on the definition you’re looking at. CBD does not contain any of the drugs commonly associated with pain killers, like acetaminophen or ibuprofen. However, it has been scientifically established that CBD can provide relief for pain, and its mechanisms of doing so are known.3

CBD will target the source of the pain signal. They target a part of the cell called a TRP Channel, or “Transient Receptor Potential” channel. There are many classes of TRPs, and CBD can affect several of them. TRPs themselves greatly vary in where they can be found, and are known to be involved in the sensation of many things for the body, such as pain and temperature.9

When CBD binds onto a TRP channel, it will desensitize it, meaning the channel can no longer open and close to continuously relay the pain signal.9 This is especially beneficial in an illness like fibromyalgia, where doctors believe it is the brain that is magnifying the signals. The brain will simply never receive the pain signals that CBD has desensitized – at least as long as the CBD is bound onto the cell’s TRP channels.

CBD for Inflammation and the Immune System

CBD – and some of the other cannabinoids like THC – can help suppress the immune system. This may sound dangerous at first, but don’t worry: CBD is considered safe and found to be well-tolerated for many people.10 So what does it mean for it to suppress the immune system? It just means it pushes at least some of its aspects down – like suppressing those chemical messengers, “cytokines.”

CBD and other cannabinoids can suppress the spread of cytokines that invite inflammatory action.11 12 13 This is one way it can help with inflammation. CBD is also known to suppress the activity of T-cells, the hunters of the immune system. Some diseases, like Multiple Sclerosis (MS), are caused by T-cells invading places of the body they should normally be absent from. CBD can’t undo the damage already done by such aggressive T-cells, but it can stop them from making things worse.11 13

CBD and its other cannabinoids also have a complex relationship with the CB2 receptor, a special cellular receptor that is especially prominent in the immune system. While the specific effects can become too complicated to follow, CBD and its other cannabinoid entourage can help better regulate the activating and blocking of CB2 receptors, which can add a layer of buffer to the immunosuppressant effects.

Unfortunately, CBD doesn’t exactly “cure” inflammation. Some kinds of inflammation are simply too much for CBD to eliminate. With that said, CBD oil can still provide relief, and at least make things better.

CBD has shown the ability to improve quality of sleep, at least for the first month of use.5 How CBD does this is not quite known, though it may stem from its effect on the neurotransmitters GABA and glutamate. There are also other ways CBD could improve sleep quality, such as through its neuroprotectant effect and general antioxidant capabilities.10 14

While the exact nature of sleep still eludes science, it has been established that there are at least links between oxidative stress and sleep. In a study using fruit flies, some flies were kept from sleeping, and they suffered more greatly when oxidative stress was introduced. In fact, many of them died. The flies that were allowed to sleep normally could deal with further oxidation. Furthermore, mutant flies that had boosted antioxidant systems in their brains functioned identically to wild type flies even while getting significantly less sleep. This suggests sleep and antioxidant effects may go hand in hand.15 With that said, CBD carries several antioxidant capabilities, some of which may be behind the improved sleep that can come with CBD.

When it comes to chronic fatigue, there is little data to report. While some believe CBD could have the ability to keep people more energized (possibly as a result of its effects on things like transcription factor PPAR there is no scientific consensus on this.16 17

For those who do suffer chronic fatigue along with their fibromyalgia, don’t anticipate feeling more energized than normal. At the same time, CBD could still provide an effect that has yet to be studied in detail. Perhaps most important is that while CBD may not hit every symptom of fibromyalgia, it will still hit many of them.

CBD for Anxiety and Depression

CBD is known to have anxiolytic effects, meaning it lowers anxiety. It is also known for antidepressant effects. Both of these may come down to CBD’s indirect effect on GABA and glutamate, two neurotransmitters that have been implicated in mood disorders like depression.18 19 20 21

CBD does not directly affect glutamate and GABA: instead, it boosts the levels of anandamide in the human body. Anandamide is a natural cannabinoid that humans make inside themselves. Anandamide levels go up when you do exercise or yoga, and is even implicated in the runner’s high.22 23 It is believed that anandamide delivers this effect by activating the CB1 cell receptors in the brain. From there, it suppresses the release of GABA and glutamate, the inhibitory and excitatory neurochemicals.18 Because it suppresses both chemicals, anandamide is thought to naturally balance the human brain, regardless of what extreme it may be feeling at the time.

CBD for Fibromyalgia: In Summary

There are very few drugs that can claim as many benefits as CBD can. In many ways, CBD almost seems perfect for those suffering from fibromyalgia. It can help lessen the pain, act on inflammation, promote better sleep, and even help with anxiety and depression – all common symptoms of fibromyalgia.

CBD is quite versatile, especially when taken in oils containing the other hemp cannabinoids. Not only do these other cannabinoids have proven benefits for things like inflammation, but there is some evidence to suggest that CBD and the others work most optimally when together.13 24

The best kind of CBD you can take for your fibromyalgia is going to vary heavily on your own personal symptoms. If you are mostly concerned with pain, especially superficial pain, then topical gels and creams may be the best course of action. If you want to focus on deeper pain or helping any symptoms affecting your brain, an oral tincture is best. Make sure your products are water-soluble and don’t be opposed to trying both kinds of products: oral and topical! Just make sure to speak with your doctor before you start using CBD – while it is considered quite safe, your doctor will be able to best assess CBD’s direct safety on you, in particular with any medications your currently on and your own medical history.10

CBD for Autoimmune Diseases in General

As an immunosuppressant, CBD may have general application to many autoimmune diseases. However, not all of these are “equal,” and some may actually be worsened by CBD, based on current data.

Specifically, individuals suffering from Rheumatoid Arthritis, Lupus, and/or Multiple Sclerosis could see some major benefits in using CBD.3 13 Illnesses like Celiac Disease may, unfortunately, be made worse, although this has yet to be directly verified.25

Below is a table summarizing CBD and its possible benefit (or possible harm) towards individuals with various autoimmune disorders. Again, be sure to ask your doctor what he or she thinks before using CBD to treat yourself.