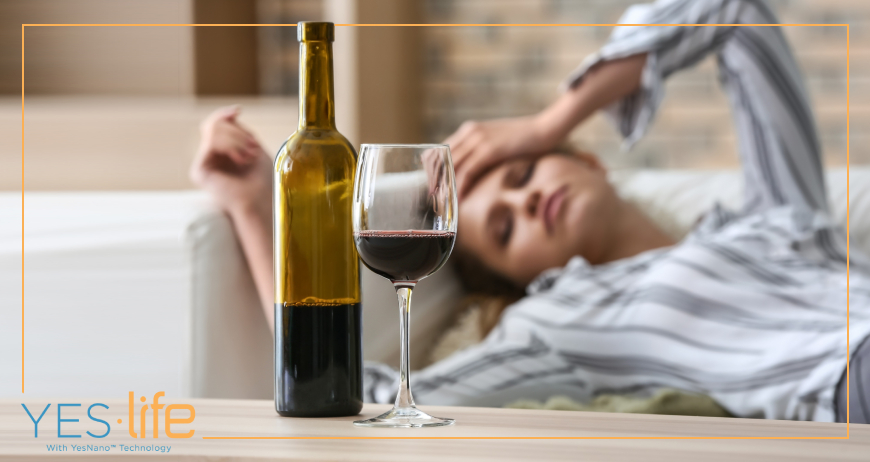 CBD has grown immensely in popularity this last year. With a repertoire of amazing benefits, it is no wonder that people keep poking and prodding CBD to find the latest “cure” it seems to harbor, and the hangover is one such malady people are hoping CBD can help. So, can Hemp CBD Oil help a hangover?

Likely beginning with anecdotes of people taking CBD and curing their hangover, the question of whether CBD can help a hangover has become a serious one. Unfortunately, it isn’t quite as simple as saying “Yes it can,” or “No it cannot,” mainly because the hangover is, itself, understood poorly in scientific circles.

As it turns out, the hangover is much less a definitive “side-effect” of alcohol drinking, and more like a collection of symptoms that may or may not follow a night of heavy drinking. In this article, we will break down some of the major hypotheses that science has on the hangover, what the symptoms of that theoretical causes are, and whether CBD could likely help it. Following the end of the article is a chart summarizing this information.

In this article, we will use the term “alcohol” to refer to ethanol, the major component people are seeking when they drink alcoholic beverages. The term “ethyl alcohol” means the same thing.

Dehydration – from mild to moderate – can include symptoms of thirst, dizziness, weakness, dryness of mucous membranes, and lightheadedness.1  Do any of these sound like the symptoms of a hangover? They should: ethyl alcohol is a diuretic, a chemical that increases the process of diuresis (the making of urine). Ethanol inhibits the pituitary gland’s production of the antidiuretic hormone vasopressin. The result is the failure of your body to reabsorb some of the excess water it filters out into the kidneys.

While it may seem counterintuitive that you could end up dehydrated from a drink, it has everything to do with what your body does with the liquid you have gained, as well as the liquid you already had. The body is constantly filtering blood in order to remove waste, and part of that filtering system naturally pulls water out as well. Ordinarily, some water is reabsorbed back into the blood from the kidneys after filtering, but the lack of antidiuretic hormones prevents that reabsorption, hence your body ends up filtering more liquids out than you’ve taken in. Common ways of preventing this include drinking water with your alcoholic beverages, or even eating food with them (the food can help slow down alcoholic absorption through the intestines).

So, can CBD help with the dehydrating element of the hangover? Quite frankly, no: in fact, CBD could make it worse! CBD helps promote the body’s natural endocannabinoid system, of which agonists have been implicated in greater diuresis. 2  In other words, CBD could promote your body to lose more water. While this hasn’t been shown to be damaging for ordinary CBD users, it certainly doesn’t classify as a good treatment to prevent dehydration associated with alcohol usage!

You perhaps have heard that the CBD chemical itself does not tend to activate the CB1 and CB2 receptors, which is correct. However, CBD will elevate your body’s natural levels of anandamide, which will activate CB1. 3  Furthermore, many CBD Oils include cannabinoids beyond just CBD, which include a variety of interactions between both the CB1 and CB2 receptors. 4  While CBD might not make dehydration worse, it likely won’t make it better.

Hangovers and the Gastrointestinal System:

Some people report stomach and abdominal cramping with their hangovers, which may very well be caused by the alcohol upsetting the lining of the stomach and intestines. Ethyl alcohol can literally erode away the mucosal lining of your stomach. This, in turn, leaves the rest of your stomach to contend with your stomach acid, causing irritation and inflammation – a condition known as gastritis. If left untreated, this could eventually lead to bleeding and ulcers, and – although rarely – stomach cancer. 5

Alcohol can also inhibit the stomach’s ability to empty itself into the rest of the gastrointestinal system. This can cause symptoms of bloating, heartburn, nausea, stomach pain, and vomiting. 6  Then, there’s the liver.

Alcohol consumption can lead to “Fatty Liver,” a condition in which cells of the liver take in an excessive amount of fat. The symptoms involve pain on the upper-right part of the belly, and prolonged Fatty Liver by alcohol abuse can ultimately lead to hepatitis or cirrhosis – neither of which you want to endure.

So, what can CBD do to help with the gastrointestinal part of the hangover? While some report that “CBD binds to the CB1 receptors” (which it rarely does) 7  and lowers the amount of stomach acid, we could not find any scientific literature to support this. This is another reminder to always check if the CBD article you are reading contains real references to actual published works (especially when they can’t even get the basic function of CBD right). Furthermore, the endocannabinoid system has been implicated in Fatty Liver disease itself. 8  Yet again, CBD may in fact make symptoms of a hangover worse on the gastrointestinal side rather than better.

Hangovers and the Brain:

Ethanol is a depressant – it acts as a neurotransmitter that ultimately “depresses” the nervous system, pushing its activity down. While this may seem like an excellent means of getting extra sleep, the body has a rebound effect as the blood-alcohol levels go back down. From the body’s point of view, too much “depression” has occurred, and so it will begin downregulating your natural depressant molecules – GABA (or gamma-aminobutyric acid) – and upregulating your excitatory molecules – glutamate.

Does CBD offer any kind of treatment potentials here? Surprisingly, it could. CBD upregulated the amount of anandamide in the body, which in turn activates the CB1 receptors in the brain. Upon activation, CB1 receptors downregulate both GABA and glutamate. This is considered one possible mechanism through which CBD may offer its anxiolytic, antidepressant, and anticonvulsant properties, in addition to its aid for sleep. 9,10,11,12  However, keep in mind that even if CBD can help balance some of the brain’s neurotransmitters that alcohol upset, there are still other properties of CBD that appear to make hangovers worse: without formal scientific studies done, it is difficult to make the claim “Helps hangovers.”

Hangovers and “Other” Chemicals:

Surprisingly, ethyl alcohol may not be the main contributor to the hangover. Or at the very least, other chemicals present in alcoholic beverages may be making the hangover worse. These other active chemicals – commonly called congeners – are currently being investigated as the cause of worsened hangovers. It has already been established that more “pure” alcoholic drinks – like gin and vodka – produce fewer hangover side-effects. Naturally, these drinks contain fewer congeners. Why would a drink contain congeners if it makes hangovers worse? These chemicals can contribute to the smell, taste, and even consistency of the various drinks, and can either be the result of natural fermentation processes or added in afterwards to make the drink “perfect.” Either way, a nasty hangover might be in part caused by your drink’s congeners more so than just the alcohol.

One particularly nasty congener is methanol – or “methyl” alcohol. Methanol is metabolized via the same enzymes as ethanol – alcohol dehydrogenase and aldehyde dehydrogenase – but the products stemming from methanol are significantly more toxic. These chemicals are even considered capable of causing blindness or death in high concentrations.

Hangovers can also be strongly influenced by a variety of other drugs, either taken for medicinal or recreational purposes. If you find yourself commonly using other drugs along with alcohol, don’t be surprised to find more and worse symptoms during hangovers.

So, what can CBD do to possibly combat chemicals like methanol or other congeners, and is CBD itself safe if you’re taking other drugs as well? First and foremost, never mix drugs: if you feel you must for whatever reason, always consult your physician first. While CBD is considered quite safe9, , you should still avoid taking it with any drug that your physician has not already cleared you with, just to be safe. As for CBD combatting chemicals like congeners, well, there is simply little to report. That is to say, taking CBD and hoping that it will – for some reason – block the negative effects of methanol simply has no scientific basis. Given the lack of research with methanol (or even ethanol) ingestion simultaneous with CBD, it would be wise to avoid taking CBD at all in the presence of any alcoholic drink. It likely won’t help, and it could make things worse.

While there is anecdotal evidence of some kind to suggest CBD is a cure for the hangover, the science is not there. More accurately, science suggests that some symptoms of the hangover could be worsened by taking CBD, regardless of whether you take it before, during, or after alcohol consumption. The dangers that mixing any chemical with alcohol presents should also be a factor you consider and is – again – reason enough to speak with your physician beforehand.

With that said, CBD might be able to provide relief on the nervous system side of things, at least in theory. The modulation of the depressant and excitatory neurotransmitters – GABA and glutamate, respectively – is both an ailment of alcohol use, as well as a benefit of CBD use. Even so, with no direct scientific work done, you cannot assume that CBD will help your hangover, or even be safe to use near alcoholic consumption. This is more of an interesting possibility than something you should rely on for your own drinking habits.

To help summarize some of the causes and symptoms of the hangover, as well as CBD’s possible effects, a table has been provided below. Keep in mind that even promising attributes of CBD towards the hangover is not medical guidance to use it, and if you are considering such a thing, check with your doctor first. If you walk away from this article with only one thing, let it be that.