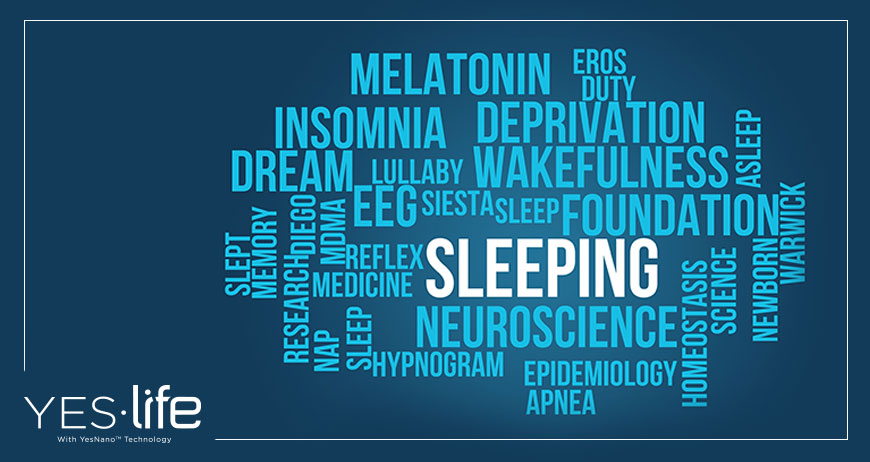 We live in an age of light. That's not metaphorical: it's literal. Just about everywhere you go, at any time, you'll see light: streetlamps, neon signs, car headlights, and of course the ordinary stuff inside your own home. To top it all off, we all have screens: lots and lots of screens. Our phones, our iPads, our televisions, our computers – they all spit out light constantly, and our brains don't quite know how to handle it all the time. It is no surprise that we also live in an age of sleeplessness: more and more people are complaining about problems falling asleep all the time! Hence, time to turn to the meds, right?

Well, only partly right. While some people – including this author – have opted to use heavy-duty sleeping medications, others (perhaps more smartly) have opted for more natural means of catching some "zzzz"s. Both melatonin and CBD fit this bill quite well. Melatonin has been used as a sleeping aid for several decades now, while CBD is only just now coming into the limelight. So, what exactly is the difference? Which is better? Which is safer? And which will help you get the good night's rest that you need? We'll cover the major mechanisms and differences of these two sleep-aids here.

Melatonin is a natural chemical produced in the human body. It is linked with the regulation of the day-night circadian rhythm – the internal alarm clock that tells us when it is time to sleep and time to wake up. With that said, while melatonin may play a role, sleep onset is much more complicated than the single production of one chemical. In fact, some say melatonin doesn't care sleep, but instead causes the body to relax, making sleep easier to attain. Raman, Ryan. "How Melatonin Can Help You Sleep and Feel Better."1

In general, sleep onset starts as light levels go down. The eyes sense a lessening of light, which sends a signal into the brain's hypothalamus that starts the procedure of sleep preparation. As part of this, the pineal gland – a tiny, pea-sized part of the brain – is allowed to start melatonin production. Interestingly, even if the pineal gland is turned on, it won't produce melatonin if you are in the presence of bright light.2

Scientifically, melatonin has shown to improve the onset of sleep by around 8 minutes and increase the duration of sleep by about the same amount of time.3 It is said to improve sleep in general, beyond the simple timing of falling and staying asleep. It may not cause sleep, per se, but it can help a little. Teenagers see a shift in melatonin production, causing them to fall asleep and wake up later than during childhood. Adults slowly lose melatonin production, hence why sleeping can become such a difficulty as you age.

With all of that said, some studies have shown less than stellar results in using melatonin for sleep. Melatonin agonists – that is, chemicals that activate all the same receptors that melatonin does – have, under some trials, provided insufficient data to conclusively say it improves sleep.4 It may well be that melatonin doesn't work for everyone.

In contrast to melatonin, which is both produced in the body and has some definitive connection to sleep, CBD comes from a plant and is not specially connected to human sleep. Undoubtedly, you've heard people discuss how taking CBD did improve their sleep: but is there any science to this? In fact, there is.

One major study showed that, during the first month of the administration, CBD greatly improved the sleep of subjects.5 Strangely enough, this seemed to taper off and provide mixed results in months two and on. This may be part of why many people find themselves regularly getting off and back on CBD for sleep.

What about CBD could be causing sleep? There are a few theories, but more research still needs to be done. Some posit that CBD's interaction with the body's Endocannabinoid System (ECS) may contribute to its sleep benefits. CBD raises levels of another natural chemical in the body – anandamide – which in turn is known to suppress levels of two neurochemicals, GABA and glutamate, inhibitory and excitatory molecules respectively.6,7 An excess of glutamate could correspond to an inability to sleep, and thus its suppression may be all that's needed for a good night's rest.

Another possible mechanism may involve CBD's antioxidant effects. Studies have shown that greater antioxidant capabilities in the brain lead to needing less sleep.8 CBD has a natural neuroprotective effect which can assist in antioxidation of brain tissue, in addition to other antioxidant capabilities involving zinc homeostasis, genetic modulation (specifical modulation of PPARg), and the death of overly toxic cells.9,10,11,12 CBD may simply help the brain perform one of its primary sleeping-tasks better, and hence improve sleep in general.

At first glance, one might think that melatonin is the clear superior to CBD. After all, it is more "natural" (made in the body itself) and is known to have some kind of role in sleep onset. At least some scientific evidence suggests it does improve sleep (even if the consensus is a little bit less clear). But melatonin does have some cons worth discussing.

First and foremost, be wary whenever taking a supplement your body naturally creates. The body is filled with negative feedback loops for making sure nothing gets too out of control. For example, if the body senses that too much testosterone is present, it will naturally stop testosterone production. This is why some of the side-effects of taking testosterone for performance enhancement has… shall we say… counterintuitive side-effects?

The same goes for melatonin. If you begin taking additional melatonin regularly, your body may take that as a signal to produce even less melatonin than before. In fact, this author has experienced such a phenomenon. As a teenager suffering terrible insomnia, I began taking melatonin at the behest of a doctor. As I kept taking more and more (low doses just didn't seem to cut it), the melatonin seemed to work less and less, and much of this due to the feedback loop mechanism.

Melatonin's natural production is also a possible reason you might feel groggy after taking it. The body must balance both its normal production and the sudden addition of what you have ingested: as a result, even after you wake up, melatonin levels may not be balanced out, and you may still feel sleepy.

Purity is another issue when it comes to melatonin. Melatonin is not regulated at all by the FDA, and so you'll have to investigate on your own whether a given product is pure or not. Some products may technically contain melatonin but contain much more filler that does nothing to help. Keep an eye out – read the labels on the boxes. While you will have to do the same with CBD right now, the FDA is poised to regulate it soon, while melatonin clearly has not interested the government body in decades.

Finally, melatonin is not actually the cause of sleep. For many people suffering from insomnia, melatonin is a mere band-aid and one which may stop working overtime. Melatonin could take even things from bad to worse, as it seems to have done for me during my teenage years. This isn't to say melatonin isn't a possible avenue to explore – but it does have some definite drawbacks that may affect you.

So, what about CBD? Surely, CBD isn't some perfect antidote either, is it? No, it's not. But it may be preferable to melatonin.

First and foremost, CBD is not naturally produced in the body: as a result, you won't have to worry about a feedback loop getting off-kilter. CBD does boost the body's natural amount of anandamide, and studies have shown that excess anandamide can lead to minor cognitive impairment.13 Even so, CBD has been shown well tolerated by the human body up to at least 1500 mg concentrations. 9 Any "grogginess" of "fogginess" that results from taking CBD can usually be fixed by taking it only at night, and possibly cutting your dose in half.

CBD is also less about forcing you to fall asleep; instead, its sleep-inducing effects may be caused by its other primary actions, like balancing GABA and glutamate in the brain or enhancing antioxidant actions there. The improved sleep you get from CBD may strike more at the heart of good sleep than melatonin. It may act less as a band-aid and more as a true solution to what plagues your sleep.

How to Take CBD for Sleep

You need a CBD product that is water-soluble. Some vendors call this "nano-sizing," which refers to the general size of CBD oil clumps in their product. The ultimate test for a good CBD oil is to put it in plain water: if it mixes and dissolves, you've got a water-soluble product!

Orally taken CBD tinctures are best for sleep, and, again, are to be taken right before you go to bed. Hold it under the tongue for about 15 to 30 seconds, then swallow (you can rinse out with water if you like). You'll definitely want a good tasting CBD for this. If you're unsatisfied with your current CBD, try out Yes.Life's Mixed Berry or Cinnamon flavors – they still contain all of the cannabinoids and terpenoids you need, but with a much better taste than other products.

While melatonin may come a bit too close to messing with the natural order of your body, CBD seems to complement the body's functions. With CBD, you not only get a better rest at night but can continue to rest assured that you have a product worth taking.