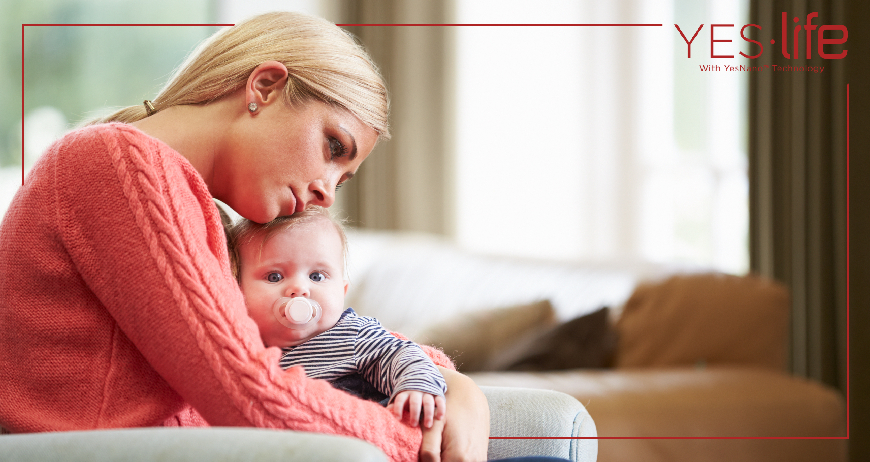 How CBD Can Help Depression

Depression is one of the biggest problems in modern medicine. With a lack of definitive evidence towards a single “cause,” depression is treated on a case-by-case basis, usually involving psychotherapy, anti-depressant drugs, or a combination of both. Even so, depression still lingers: according to the World Health Organization, over 350 million people worldwide suffer depression.1

In this article, we’ll go over the basics of depression and what science has learned of it. We’ll then jump into CBD, how it works, and how it might be able to provide relief. Finally, we’ll discuss how to take CBD for depression, including what kinds of products to look for and dosages.

One of the most difficult elements of depression is that there is no one cause. Rather, depression seems to be the result of many possible processes in the brain working together to bring you the intense blues. As a result of this, the use of anti-depressants can be very hit or miss: doctors will prescribe one type and, failing that, move onto another. Unfortunately, depression is not an exact science (much to the ire of many scientists, doctors, and victims of depression). To be clear, what follows is an incredible simplification of current thoughts and ideas on depression. While we may not be able to point to one single cause, there are some basic patterns which have emerged during research into the topic.

First and foremost, depression does have genetic factors, but – like the cause of depression itself – it is complicated. Unlike some mood disorders such as bipolar and schizophrenia, depression appears to involve many different genes, instead of one or even just a few. This makes predicting its presence difficult, to say the least. Past genetic factors, the actual mechanisms of depression seem to strongly involve neurotransmitters. We’re about to dive into some very basic neuroscience, so buckle up!

Brain cells – or neurons – are at the center of all brain function. When you have a thought, an idea, or even a sensation, it is from the network of many different neurons in your brain firing off electric signals. However, those electric signals don’t actually jump from one neuron to another directly: rather, neurons use chemicals to communicate amongst each other. Those chemicals are called neurotransmitters.

Neurons don’t directly connect to each other: in between the end of one neuron and the start of another is a tiny little gap called a synapse. When a neuron receives a signal, it sends electricity all the way down to its end, where that electricity ultimately causes it to release a neurotransmitter. The neurotransmitter then jumps over the synapse (gap) to the next neuron, bonding to it, and causing a new electric signal to start.

There are many kinds of chemical messengers – neurotransmitters – in the brain, and the specific ones that are used will cause different behaviors. For example, glutamate will cause general excitement of the nervous system, often leading to feeling antsy or anxious. GABA, by contrast, will cause you to relax and become lethargic as it begins to inhibit the surrounding nervous system. There are many neurotransmitters: dopamine, serotonin, acetylcholine, etc. And a few seem to be linked with depression.

It was thought for some time that depression was caused by just one or two of these neurotransmitters specifically. Unfortunately, evidence has amounted that conflicts with this, and instead it is more appropriate to say that depression is the result of many neurotransmitters acting in various states. There is a glimmer of hope though: many anti-depressants are successful by just targeting the mechanisms and pathways involving one neurotransmitter or another. This means that even if the cause of depression is complicated, treatment may be simpler. Enter CBD.

CBD – or “Cannabidiol” – is a major component of the hemp plant. It has been growing greatly in popularity in the last few years, and research on it is ongoing. While there is still much to learn, there is also a good amount of evidence to suggest that, yes, CBD can help depression.2

So the question then becomes how CBD helps depression. You shouldn’t be surprised to hear that it involves neurotransmitters. However, CBD doesn’t affect them directly. Instead, it causes your body to use its own natural cannabinoid – called anandamide – to help balance out things in the brain. Anandamide is normally made during times of meditation or exercise. It is considered a major part of the runner’s high (the euphoria that follows an intense run).3 Anandamide is actually always being made by the body, but it is also degraded back down by an enzyme called FAAH (Fatty Acid Amide Hydrolase). CBD will inhibit FAAH, thus allowing your anandamide levels to increase without problem.4

What does anandamide do in the brain? It will target a special cannabinoid receptor called CB1 that lines many of the cells in the brain, specifically at the end of the synapses. From there, anandamide will send a backwards message to the previous synapse, telling it to hold back on the production of GABA and glutamate – the previously mentioned inhibitory and excitatory molecules.5 A lack of GABA helps people feel more excited and capable, while a lack of glutamate makes them more relaxed and lethargic. Not only this, but an imbalance of GABA and glutamate has been implicated in mood disorders such as anxiety and depression.6,7 All in all, this provides a mechanism for CBD to help fight off depression, and it does so in an otherwise very natural way.

Importantly, anandamide doesn’t just regulate the production of GABA and glutamate. In fact, anandamide is known to be involved in modulating acetylcholine, serotonin, dopamine, and norepinephrine.5 This gives CBD and anandamide a broad reach of neurotransmitters it can help put back into balance, further providing greater utility in fighting depression.

Can CBD help other mood disorders? In fact, CBD can potentially help many different mental illnesses, such as bipolar disorder, PTSD, schizophrenia, and even OCD.4 8 9 10 A major element of some mental illnesses, and even some debilitating disorders like Parkinson’s and Alzheimer’s, involves toxic oxidation in the brain.11 12 CBD comes with powerful anti-oxidant capabilities that have even been described as “neuroprotective.”8 As a result, it may be able to help prevent illnesses like PD from starting in the first place.

How to Take CBD for Depression:

The best CBD product for depression – and other mental/mood disorders – is going to be a CBD oil tincture. A tincture just means “drops” that you take orally. Of importance is making sure your product is water-soluble. If you already have a product, you can test its solubility by placing some of it in water. If it mixes in well, you’ve got a good, water-soluble product. If it stays separated out like ordinary oil, you’ve got a product incapable of mixing with water, and thus incapable of mixing well with your body!

With a good water-soluble product, you only need around 250 mg to get a good effect. Furthermore, you’ll likely only need 1 or 2 ml – taken in the morning, evening, or both – to get the most positive effect. Just hold the CBD under your tongue for about 30 or so seconds, and swallow: the CBD can absorb directly into your bloodstream that way, avoiding metabolism by the liver and the slow absorption of the intestines.

You’ll want a good-tasting CBD product in order to keep it under the tongue, so take a look at Yes.Life’s CBD Oil tinctures. Yes.Life CBD oil comes in two flavors – Mixed Berry and Cinnamon – and Yes.Life offers a 30-day money back guarantee. This is important, as CBD can take two to four weeks to reach its full effect sometimes. If you try it for those 30 days and find it just isn’t helping, Yes.Life will be happy to reimburse you. That way, you can spend money knowing that whatever happens, you made a good investment.